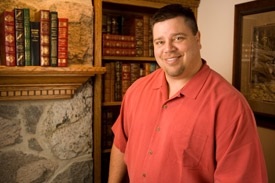 Darren started his career with Prudential Securities in Fresno, CA, while attending Fresno State. Two years later, having graduated from college with a degree in Finance, Darren returned to Utah. He joined Smith Barney in 1992. Since then he has built and managed a very successful investment practice. He has helped individuals just like you plan their financial futures.

Fourteen years and a considerable amount of knowledge later, Darren’s entrepreneurial spirit and the firm belief that a change was needed to keep his clients at the forefront of the ultra-competitive financial arena led to his decision to join LPL Financial.

In 2007 Darren and Jessica Jacques sharing the same vision, purchased a building on Ogden’s Historic 25th street District and opened their office under the name of Boyer Wealth Management.

Committed to ensuring a balanced lifestyle for himself, as well as his clients, Darren is most proud of his family. He currently lives in Riverdale with his best friend and partner Jessica Boyer. They have 5 rambunctious boys that keep them on their toes; Kayne, Talon, Zachary, Cormac and Mason. Darren reads voluminously. He believes reading keeps his mind active and alert. His home library has well over 6,000 titles. Hunting and Fishing are two of his favorite pastimes. The family passion, however, would have to be football. Darren was a 1st-team all-conference linebacker at Fresno State; his father Craig was an all-conference defensive back at Utah State. His younger brother Brant played twelve years in the NFL. His youngest brother Chase and his oldest son Kayne also played college football 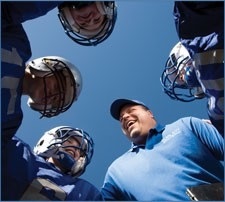